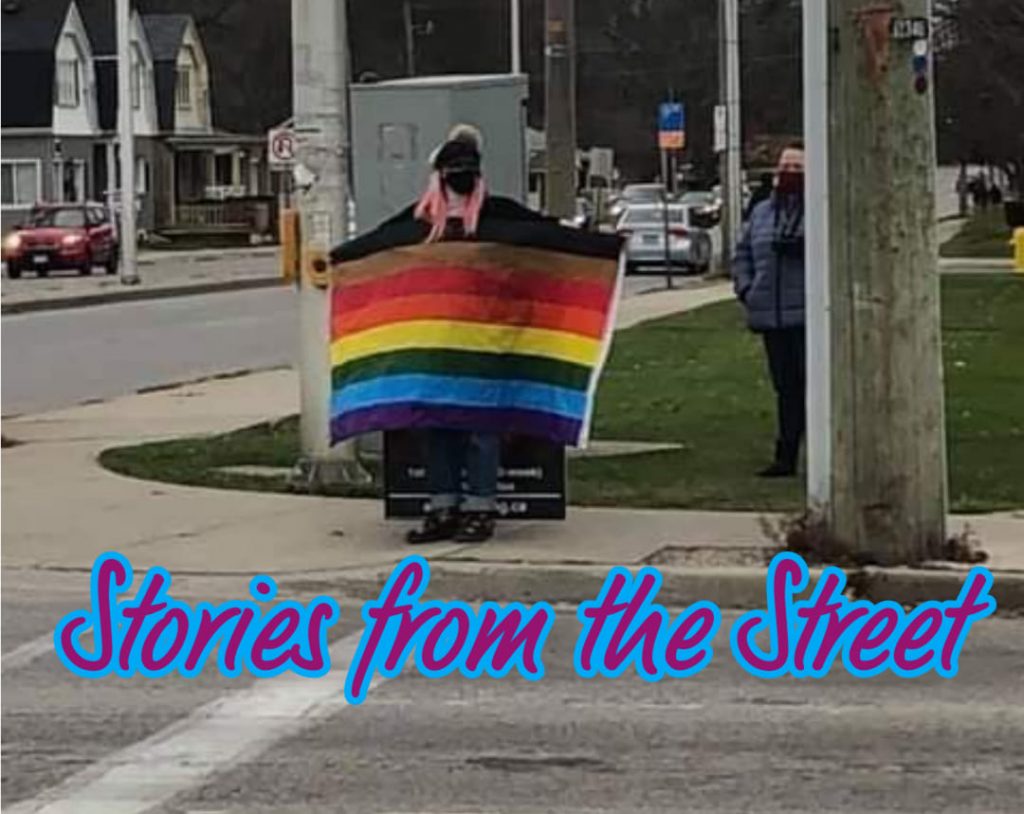 I first saw the graphic abortion signs created by the CCBR and used by LAA on campus on my way to class at King’s University College. I didn’t have time to approach them before my class started and immediately started having a panic attack when I got to class. I spent the whole 3 hour […] 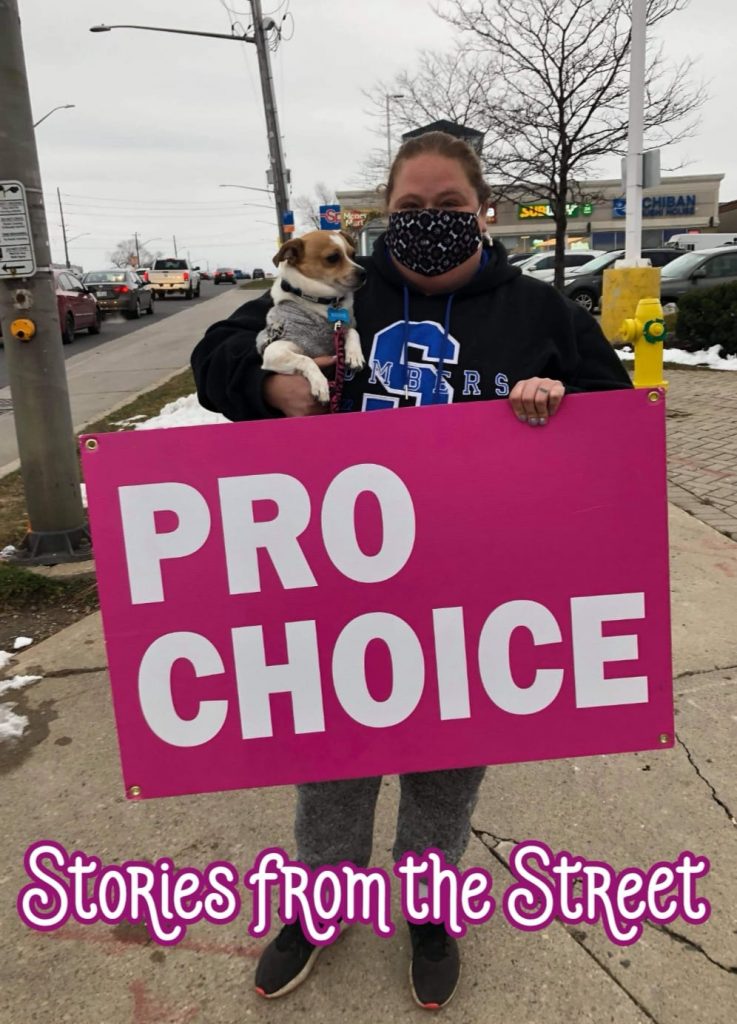 I was raised by my single Mom and Grandma who were always very open about everything (my Mom was an RN). I grew up in a small town. I remember moving to London years ago and being exposed 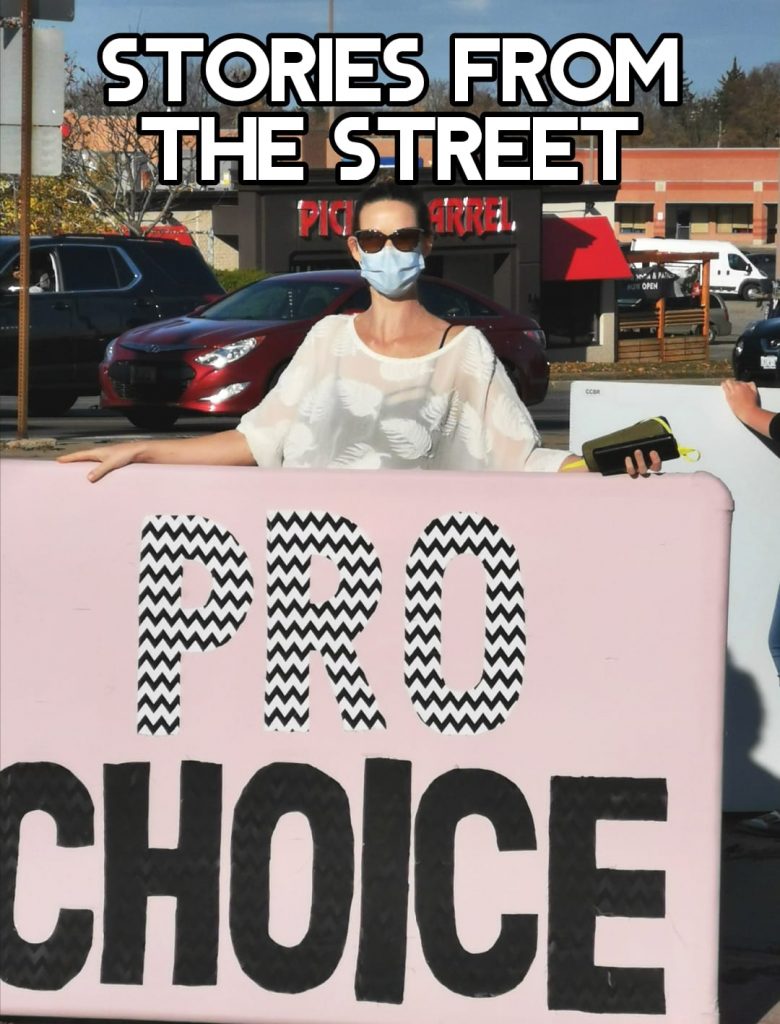 In the days before the VDLC, a friend and I would often go protest the ccbr and 40 days of life groups. I learned very quickly that trying to have an educated conversation with anyone from those groups was not only impossible, but incredibly draining. I quickly changed tactics and stopped talking to them altogether, […] 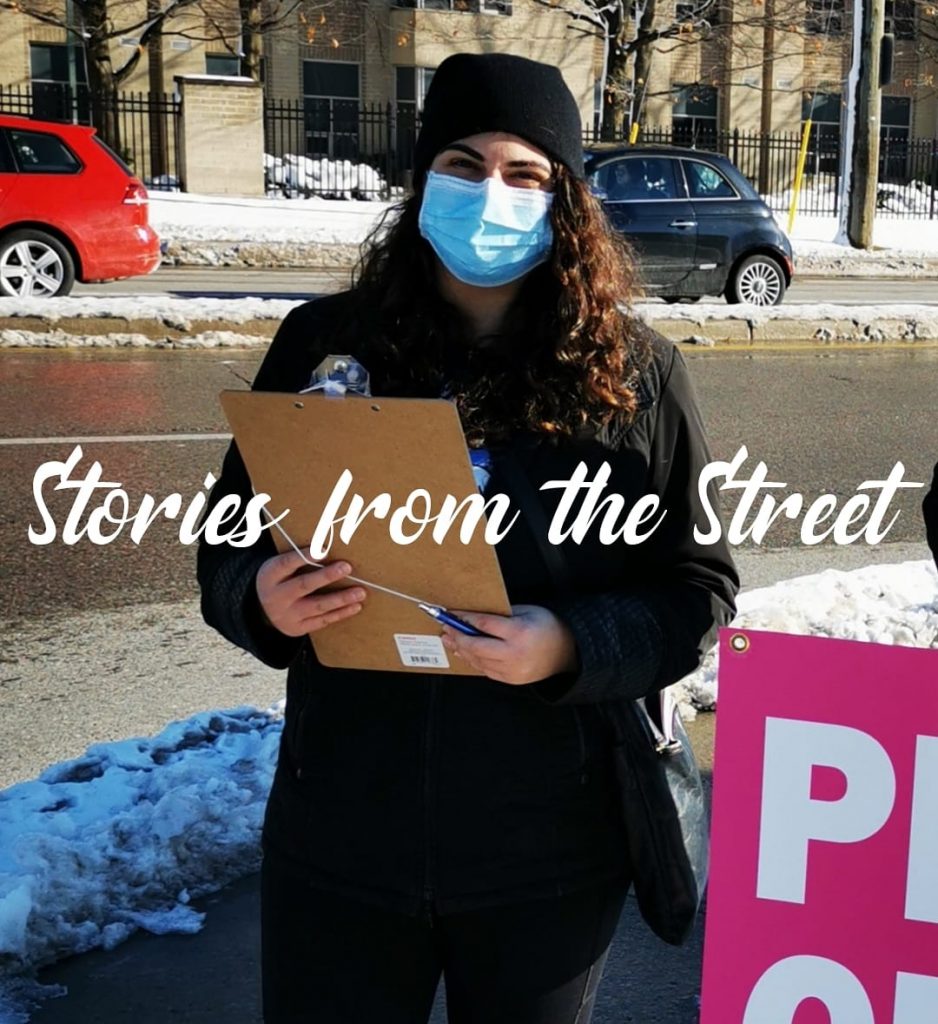 I have never been through pregnancy loss, but I am no stranger to CCBR’s lack of empathy. In November while counter-demonstrating, I was covering the signs of a CCBR intern named Andrew. Against my better judgment, I tried to have a conversation with him. The CCBR believes that the alleged fetuses in those images deserve […] 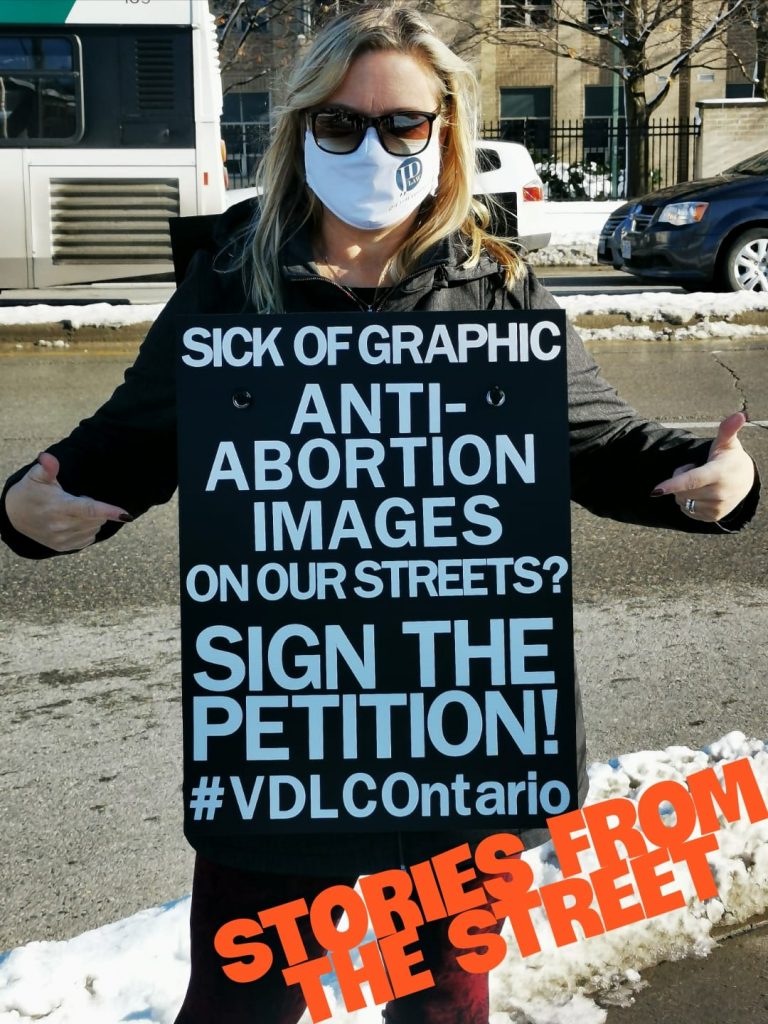 There have been so many days over the past few months that I have spent on the streets of London, standing in front of, or beside, signs of bloody allegedly aborted fetuses. Like many others have described, there is no reasoning with any person that thinks it is remotely alright to hold these signs. They […] 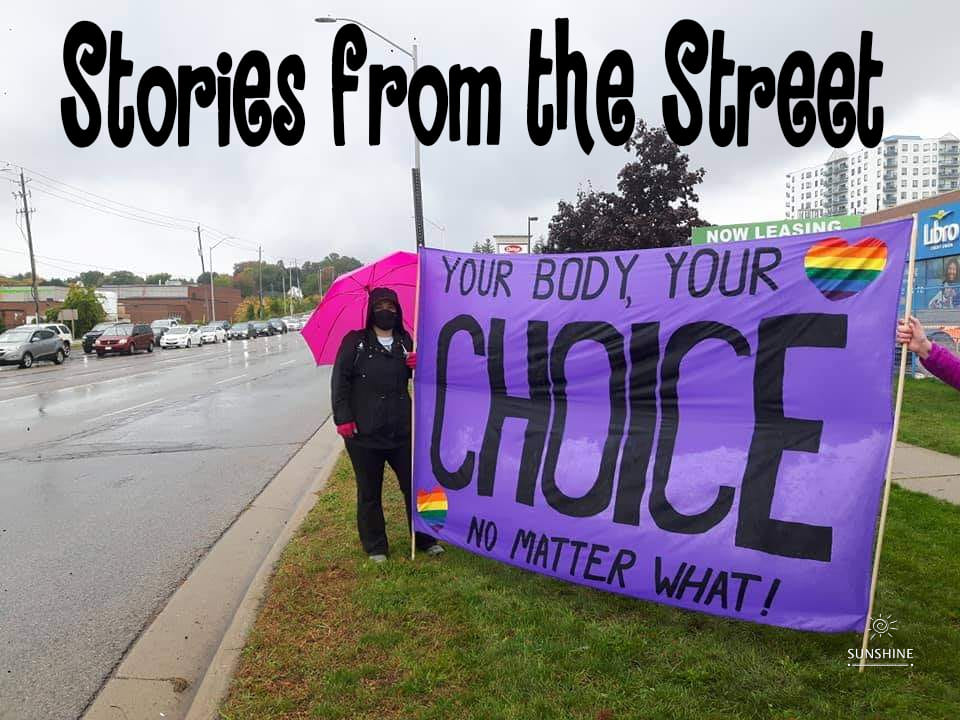 Here’s my story from our October 31st counter protest: I decided to go stand across the street as we were starting to crowd our corner. I was there for a few minutes when a van pulled up to the stop light. The passenger started wildly giving us the thumbs up and waving! 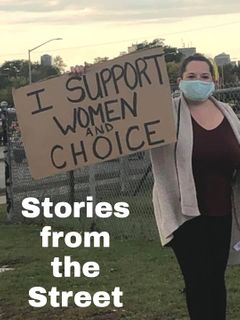 Kate’s Story – I have been counter-protesting since the end of September, so I have had a fair number of interactions with the CCBR and LAA. The majority of these interactions can be summed up as having earned me nicknames such as “the firecracker” and “spicy.” I often question if the interns are actually deserving […] 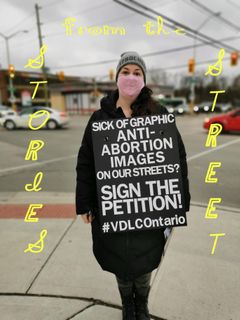 Amanda’s Story – I’d been a member of the vdlc group for a couple weeks before I actually decided to go out and counter. As someone who thought their views aligned more with prolife despite having to face my own procedure a little under 2 years ago. The reaction I had to the graphic signs, […] 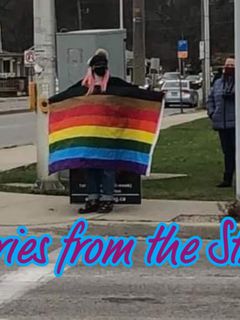 Alexa’s Story – I first saw the graphic abortion signs created by the CCBR and used by LAA on campus on my way to class at King’s University College. I didn’t have time to approach them before my class started and immediately started having a panic attack when I got to class. I spent the […] 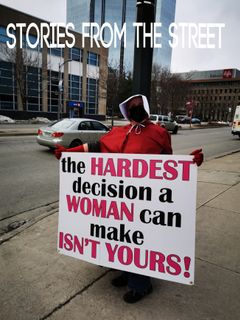 Paula’s Story–I heard of these graphic image posters before but never saw them first hand until I drove past one. I almost swerved my car. I couldn’t believe what I just saw.I quickly posted on the FB page where these graphic images were.I was shocked at the quick response of counter protestors to block those […]